August 8, 2016
“If we can go through that fire and come out of it, we’ll be stronger on the other side”, says Don Amero on his fifth album release Refined. Amero has taken on music full-time for the last eight years and feels like he has finally released the album he always wanted to. Don is not afraid to share his intimate stories of struggle in hopes that they will speak to his listeners and fans. Audiences are captivated by his powerful and expressive vocals, percussive guitar style, and engaging storytelling. Don is often called upon as a keynote speaker at events and workshops with youth where he shares his message of encouragement and positivity. 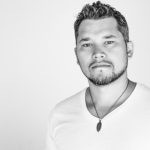