June 18, 2018
Vocalist Carsen Gray is First Nations Haida from Vancouver, BC. Her 2017 self-titled album received three Indigenous Music Award nominations and awarded her Best New Artist. With soulful lyrics and danceable arrangements, the album is a mix of R&B, Pop, and EDM styles. In addition to writing her own material, Carsen works collaboratively on some tracks with producers like Joey Styles and DJ Shub, formerly of A Tribe Called Red. She grew up with music, influenced as a singer by powerhouse voices like Whitney Houston, Celine Dion, and Etta James, as well as musicians in her own family — her dad was classically trained in piano and her uncle Bobby Taylor mentored Michael Jackson. Carsen is currently writing, recording, and touring throughout Canada. 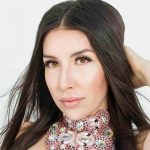