June 19, 2017
Ali Fontaine is an award-winning Sagkeeng First Nation singer-songwriter. At age 15, she entered a talent competition and won a studio session where she recorded one of her original songs. She released her debut album before her senior year of high school was over. That album won “Best Country Recording” at the 2013 Native American Music Awards. Ali’s current focus on Indigenous Studies and Human Rights at the University of Manitoba is influencing her most recent songwriting. While her music started out in the country genre which was popular on the reserve growing up, her new single “Free” explores more of an R&B style. Ali is also a music mentor for at-risk youth. 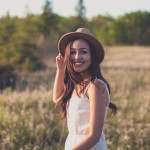